It’s been a little while since this blog went down for renovation – and that was in large part due to the work on the Lands of Ice and Fire. The map folio (12 maps, 72 square feet of Westeros and the lands to the East in all) is now out, and normal service will be resumed. It’s had a great response, with some lovely things being said about the folio on MTV Geek, io9, Westeros.org and Flavorwire. I also had the opportunity to write a short piece on the process of making the maps over on the Huffington Post and in the January edition of ImagineFX.

photo of the maps courtesy of the Huffington Post story 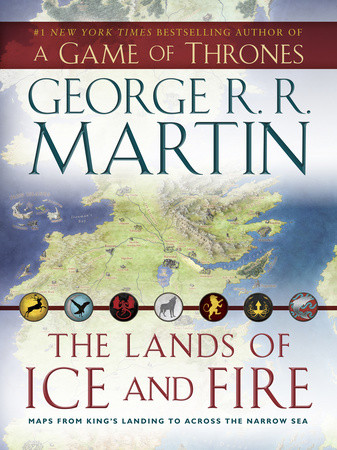 George R. R. Martin’s beloved Song of Ice and Fire series, which started with A Game of Thrones, is bursting with a variety and richness of landscapes—from bitter tundra to arid wasteland and everything in between—that provide a sense of scale unrivaled in contemporary fantasy. Now this dazzling set of maps, featuring original artwork from illustrator and cartographer Jonathan Roberts, transforms Martin’s epic saga into a world as fully realized as the one around us. END_OF_DOCUMENT_TOKEN_TO_BE_REPLACED

Right now everything in my RPGNow store is discounted for the GMs Day Sale! Check out the full range of map packs here, from windswept keeps to a lava filled dragon’s lair, from square rigged pirate galleons to a kraken infested shipwreck in the briny deep. Or pick up the critically acclaimed Breaking of Forstor Nagar for the bargain price of $6.99.

Sending hapless adventurers to an icy grave has never been so economical.

March 4th is GM’s Day and RPGNow is running a GM’s day sale until the 7th. For this time Fantastic Maps are (almost) all $0.99. Dropping your players in lava has never been so cheap! Check them out here.

I’ve been curating a gallery show of maps of New York by a collection of very talented artists. The maps are on display at the Soho Gallery for Digital Art until March the 16th. We’ll be having a party on the 20th to show off the maps and have some wine and nibbles and if you’re in the New York area you’re very welcome to come by. Wine will be open from around 7.30 and the address is 138 Sullivan Street, Manhattan.

If you are unable to make it to the gallery in person, you can still view the wonderful maps on display. Check out the online gallery for the show here.

The Terra Incognita Gallery Show at the Soho Gallery for Digital Art in Soho, NYC has been extended to the 1st of September. END_OF_DOCUMENT_TOKEN_TO_BE_REPLACED

Since the earliest ages of man, people have sought to map and understand their surroundings. From figures drawn on cave walls to show a route to Babylon, to the illustrated manuscripts that inspired Marco Polo in his search for “lands of gods and spices”, maps have always had the ability to inspire the would-be traveler.

To see windroses buffeting a spindly ship on a sea of ink, or to look to the edges of a map and read the legend “here be dragons” is to feel an echo of that sense of the romance of exploration. Though science can chart our world in precise detail, maps have lost none of their artistic power.

The imaginary worlds that are mapped in this exhibition detail alternate earths, treasure islands, ships’ graveyards, a ruined Atlantean city, and a transit system on a Venus settlement. The 40 cartographers – whose work can be seen in best-selling books, magazines, computer-games and fantasy games – combine craft and aesthetic to give us glimpses of worlds ripe for adventure.

And in the uncharted edges of these worlds, who knows, there may well “be dragons”.

I’m curating a gallery show of maps of imaginary places. It’s taking place in Soho, New York at the Soho Gallery for Digital Art from the 16th to the 29th of July. We have over 40 artists signed up for the show – from experienced industry professionals to highly talented hobbyists. If you’re in the area, then drop by.

After having my old site up for around a year it’s time for a belated spring clean. I’ll be using this site to host my work from now on. Welcome to the new site – feel free to browse around.